I write prose for a living. I enjoy cooking, baking, and reading. I know that sounds awfully boring but I occasionally travel, which is always fun.

Photos and articles are mine, unless otherwise stated. Please don't use them without permission. I am very easy to talk to anyway. Just drop me a note if you need to use any part of this blog and wait for a written permission.

Thanks for dropping by.

Even now, as I type this, I feel sad remembering how little time I gave this trip. If one has time, one should consider spending at least three months in Morocco. Even three months wouldn’t be enough to explore this wonderful country and its equally wonderful people and culture.

Fes for me has more charm than Marrakesh. It is the oldest city in Morocco with the most number of streets at 19,000! We woke up relaxed, had our breakfast, and prepared for the tour we scheduled the day before. It was a walking tour and started at ten in the morning (you can choose the time most convenient for you). The price of the tour was 250 dirhams (P1,200.00 or 24 euros).

Our guide was an old gentleman who grew up in Fes. He had a rather solemn demeanor. I personally felt like a student, and he my professor. The tour started with a word of caution from him. We were told to keep all belongings secured at all times and not to talk to strangers.

Our first stop was Bou Inania Madrasa. The entrance fee was 10 dirhams (P50 or 1 euro). It’s a stone’s throw away from our hotel, along one of the two main streets of Fes.

Doors. Morocco and doors. Immediately, I noticed how different Moroccan doors were. They are mostly made from real hard wood, wide, colorful, and embellished with metals. Our guide said that doors used to be a status symbol. The bigger and more luxurious your door is, the richer you are. That explained a lot of things to me.

The doors of Bou Inania Madrasa were huge but unassuming. When you enter it, you will see a peaceful and clean sanctuary of scholars for centuries. It was founded AD 1351 to 56. Can you believe that? It’s still standing, and well-maintained. IT’S IN THE MIDDLE OF A BUSY MEDINA! It’s very peaceful inside, even if there were tourists taking photos. We spent about a half hour here, the guide explaining how every single geometric pattern we see has a number that goes on and on, symbolizing infinity.

We continued on with the tour. The medina was a feast for the senses, all different aromas and sights. Bread was made the traditional way. Stalls have big round stones to make crepes. It was fascinating for me to see an oval shaped stone used to make very thin layers of bread.

The mountains of nuts and spices were also everywhere, as well as stalls selling torones/nougat. I’ve never seen so many that at first glance I thought they were huge bars of soap a la Lush. Leather goods are also much cheaper in Fes compared to Marrakesh. But buyers, please remember that the stink from the leather doesn’t come off easy. You might find a wonderful leather purse that would sell four times more where you’re from but the one you will find in Morocco will have to be aired out, drenched in baking soda, wrapped in paper, swabbed with vinegar, and all that. The bigger the bag, the heavier the stink you need to battle with. So remember this when buying Moroccan leather goods. And yes, if left outside a plastic bag, it will stink up your whole house. You see, they use natural dyes and natural leather softener, which is pigeon poop. I asked the guy from one of the biggest tanneries, “Do you ever run out of pigeon poop?” He said they actually have pigeon poop suppliers. I wanted to ask more about it, like how the supplier gets the merchandise but I don’t think he was interested in such shitty conversation.

After all that leather, we went to see where they make fabric from the agave tree. I purchased a scarf (I always do this yet, I don’t know why. I don’t even like scarfs all that much). We then went to an old-fashioned apothecary shop selling a wide array of perfumes, oils, kohl, herbs and herbal medicines, and even masala. I bought kohl eyeliner, masala, saffron, and got my mother a small bottle of myrrh, which the apothecary called “Jesus oil.”

We continued walking through narrow streets, some too narrow to pass through. A few times, I wondered how I’d be able to struggle if buried under the rubble of the entire city if an earthquake suddenly hits. I can be morbid that way. We went to a place where people dyed fabric, and onto a place where copper pots and pans were made and sold. There were old-fashioned blacksmith shops, and stalls that sold hand-carved wooden ornaments. I wanted to buy everything but alas, I doubt I can bring them all home. Up until this day, I regret not buying at least one copper pot for candy making. Maybe next time. Because I will go back.

The tour ended early. My feet were killing me. The rest of the day was spent in the hotel. Elton almost never speaks but boy was he a riot, counting every section of the patterns we saw, like our guide did. We probably didn’t stop laughing for hours. Fun times. We talked about history as some of the Moroccan marble we saw came from Italy, in exchange for sugar back in the day.

We had dinner, rice and kebabs, oranges and bananas for dessert. We hit the sack and started the next day early. We headed to Volubilis, a UNESCO heritage site an hour and a half away from Fes. One can see it from afar. Elton commented it’s obviously Roman as Romans chose mostly places like it—near water supply, cool climate, the works. We paid the entrance fee of 20 dirhams (P107/2 euro). What can I say? The place will give you perfect photos. The remnants of Roman civilization is very interesting, and the view is simply stunning. From here, you can see Moulay Idriss, a town on the hills at the base of a mountain. We drove and saw it as well. 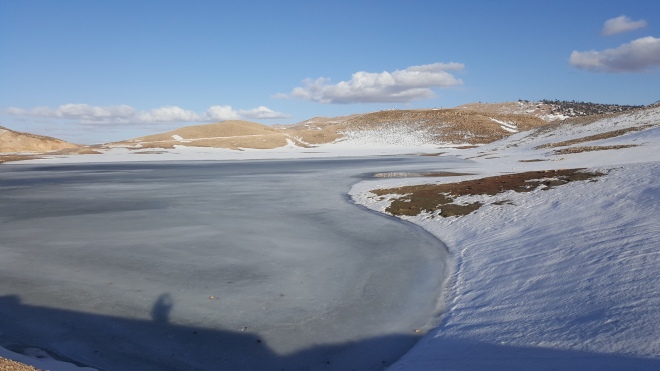 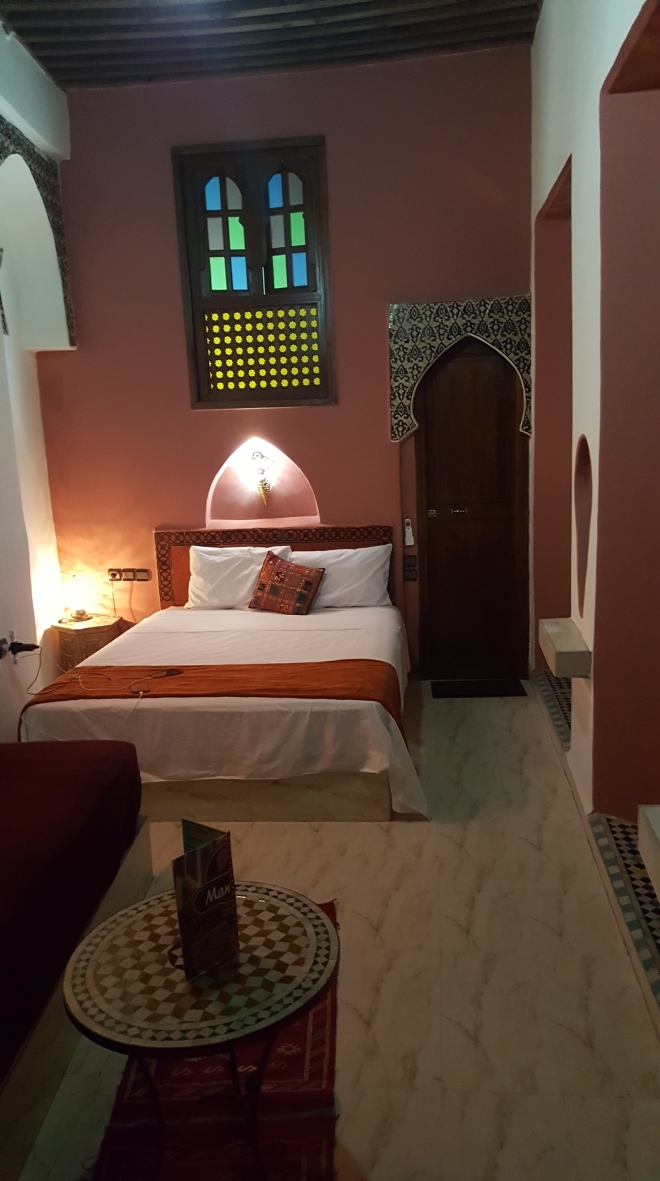 We headed back to Fes, had lunch along the way, and shopped for souvenirs. I bought a couple more of leather items and plates, Elton shyly asked me to haggle for him, and the night ended with me feeling sad because we will be heading to the city the next day and the day after, we leave.

The next morning, we started early for Casablanca. It was going to be a long drive at 256 kilometers. The route was, as always, scenic. The ride in itself was fun, but I still couldn’t make myself feel happy as we were gonna end the trip in just a few hours.

We reached Casablanca before nightfall. The hotel was quite nice, the rooms very spacious. I decided that we should have a seafood dinner since Elton loves it. We went to a restaurant named Snack Amine. The serving was huge! We weren’t able to finish our plates. As Elton was eating, I took out my phone and took a video of him. I swear I have never seen anyone eat as classy.

We headed back to the hotel afterwards. I started organizing my stuff. And this is where I’ll stop writing about Morocco because the flight back home was uneventful and left me feeling even emptier. I actually cried at the airport.

In conclusion, yes, a trip to Morocco from the Philippines will NOT be cheap (at least not as cheap as traveling to ASEAN countries) but about half of the price you’ll be spending will be for the flight. Is it going to be worth it? YES. ABSOLUTELY. I will do it again! Morocco is very underrated. Go, see it. It’s breathtaking.